While Bill 96 only became a law this past June (2022) it is already starting to impact online businesses both in Quebec and those that service the province. You may have noticed that some companies like Otter Box are no longer shipping to Quebec because of the law. While others are not providing English versions of their site or require you to expressly ask for the English version of their services (even if you had already set English in your preferences previously) such as Equifax.

Here are some of the key changes that will affect the way you or your company does business in Quebec:

Businesses which offer goods or services in Québec must inform and serve their clientele, both consumer and business clients, in French. This principle is now an express obligation which, if contravened, is an offence punishable by hefty fines.

All internal communications and business correspondence with clients such as quotations, business proposals, contracts, invoicing, digital sites, advertising materials, etc. must be in French, at the expense of the businesses. This requirement applies to commercial content intended for the public on social media, websites, and other digital platforms. You must make sure that all of your company’s advertising and publications are displayed in a manner such that the French version is not disadvantaged.

Product packaging, accompanying documentation (such as instruction manuals and warranty provisions) and menus must be provided in French. If a translation exists or is provided, it must not be available under more favourable terms than the French version. This rule also applies to invoices, receipts, releases and other documents of the same nature. Bill 96 also considerably limits the use of trademarks in a language other than French in the context of product labelling and packaging in Québec. For example, if you offer a warranty printed in English but the French version is only on your website you would be in violation.

Public signs and posters must be in French. They may also be in French and in another language, provided that the French is “markedly predominant” as any other language. “Markedly predominant” means that the French text must be twice as large than texts in other languages or otherwise carry more of a visual impact. Trademarks in a language other than French are permitted to appear on public signs and posters visible from outside as long as there is a “sufficient presence of French”. This requirement is generally met by adding a generic or descriptive French word to qualify the trademark, such as “café” or “boutique”. Under Bill 96, where a trademark in a language other than French is displayed on a public sign or poster that is visible from outside, such presence of French will need to be “markedly predominant” over the trademark that is in another language. So if your trademark is Toys R Us then your sign would now have to read “JOUETS Toys R Us” with the Jouets larger than the Toys R Us. For more information about how trademarks will be affected please see this article for trademark owners.

Bill 96 gives the Office québécois de la langue française (OQLF) a new power to issue orders to prohibit e-commerce in goods that are not in compliance with the Charter’s language requirements. This provision seems to be directed at e-commerce platforms or online marketplaces where foreign companies, which are generally not subject to the Charter, sell products and software whose packaging or accompanying documents (such as the instructions for use or a warranty certificate) do not comply with the law’s requirements. For example, if you are a company located in California and want to sell products to Quebec you will have to provide packaging and documentation in French thus increasing your costs. Alternatively, you could decide to no longer ship to Quebec like OtterBox has.

Businesses must present a French version of an adhesion contract to the adhering party (whether a consumer or a business) prior to the other party choosing to sign an English-only version. Furthermore, you can’t ask the adhering party to pay for the French version. Parties may still choose to enter into an English-only version of a standard-form contract but only if they have first had the opportunity to examine a French version of the contract. If the parties then choose to enter into the contract exclusively in English, the related documents may be exclusively in English. There are exceptions to this for more info see this law firm website’s explanation.

Prior to June 1 2022, only companies employing 50 or more people in a 6-month period had to register and obtain a francization certificate from the OQLF. Now companies with 25 employees or more must do so. The OQLF will also be able to designate companies in certain sectors of activities, which employ five or more people, to which it will offer French language learning services. This is an important change, since any company that fails to comply with its francization obligations will not be able to enter into contracts with the civil administration and will not be able to receive any public subsidies.

“Civil administration” is defined to include the Government of Québec, Québec government agencies, corporations fully owned by the Government, most municipalities, school bodies, and bodies in the health and social services network, among others. The basic rule remains the same: contracts with the Québec civil administration must be in French, subject only to limited exceptions. In other words, expect to deal with cities, ministries and schools in french only from now on.

If an employer requires a person to have knowledge of a language other than French to keep a position, or to obtain a position, it is considered a prohibited practice. Unless the employer shows, in accordance with sections 46 and 46.1, that the performance of the duty requires such knowledge and that they first took all reasonable means to avoid imposing such a requirement.

Fines for contravention of certain provisions of the Charter have been increased. If you don’t comply with Bill 96, you can be fined between $700 and $90,000. Bill 96 also provides the OQLF with broader enforcement powers, including increased powers of inspection and investigation and new powers to issue orders. The government agents can examine, copy and seize any document or electronic device of a client, employee or owner at a business. They can enter your hotel room, your car, and ask you to give them access to your phone and laptop. Inspections can even take place pre-emptively if they think you are about to break the law but have not yet done so. Reporting potential future violations is encouraged! For more information please visit protectourrights.ca.,

As a result of Quebec’s oppressive laws on commerce Web by Craig moved it’s head office. WbC officially incorporated federally with its head office now in Ontario and dissolved the registration of the Quebec version of the company it used to operate under. We are now Web by Craig Inc.

The Coalition Avenir Quebec (CAQ) provincial party are responsible for this law. If you disagree with it and think it will be detrimental to the economy of Quebec and to the rights and freedoms of all Quebecois please consider voting for a party that will fight to have it repealed such as the Canadian Party of Quebec (the only party that has promised to repeal Bill 96 unequivocally). 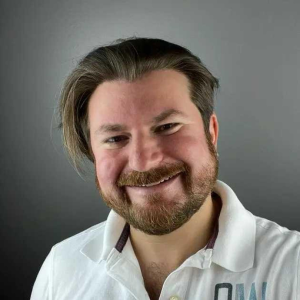 Craig has been designing and building websites since he was in high school. After getting a degree in Psychology from McGill University he launched Web by Craig in January 2008. He also volunteers as a medical first responder and likes hiking and travelling. He speaks several languages including French, English, German and Hebrew.

This site uses Akismet to reduce spam. Learn how your comment data is processed.

Follow us for interesting stories, ask us a question, or just engage with us. We love to hear from you!

We use cookies on our website to give you the most relevant experience by remembering your preferences and repeat visits. By clicking “Accept All”, you consent to the use of ALL the cookies. However, you may visit "Cookie Settings" to provide a controlled consent.
Cookie SettingsReject AllAccept All
Manage consent

This website uses cookies to improve your experience while you navigate through the website. Out of these, the cookies that are categorized as necessary are stored on your browser as they are essential for the working of basic functionalities of the website. We also use third-party cookies that help us analyze and understand how you use this website. These cookies will be stored in your browser only with your consent. You also have the option to opt-out of these cookies. But opting out of some of these cookies may affect your browsing experience. Look at our full Privacy Policy.
Necessary Always Enabled
Necessary cookies are absolutely essential for the website to function properly. These cookies ensure basic functionalities and security features of the website, anonymously.
Functional
Functional cookies help to perform certain functionalities like sharing the content of the website on social media platforms, collect feedbacks, and other third-party features.
Performance
Performance cookies are used to understand and analyze the key performance indexes of the website which helps in delivering a better user experience for the visitors.
Analytics
Analytical cookies are used to understand how visitors interact with the website. These cookies help provide information on metrics the number of visitors, bounce rate, traffic source, etc.
Advertisement
Advertisement cookies are used to provide visitors with relevant ads and marketing campaigns. These cookies track visitors across websites and collect information to provide customized ads.
Others
Other uncategorized cookies are those that are being analyzed and have not been classified into a category as yet.
SAVE & ACCEPT